Deprecated: Hook elementor/widgets/widgets_registered is deprecated since version 3.5.0! Use elementor/widgets/register instead. in /var/www/wp-includes/functions.php on line 5758
 Home - Doyin Richards Skip to content

It’s time to end racism everywhere. Are you in?

A Few Companies Doyin Has Worked With:

Let’s face it — racism is as American as apple pie and baseball. Overt racism is becoming normalized, systemic racism runs unchecked in our workplaces, and racial microaggressions in our communities are just the tip of the iceberg. Racism crushes the mental health of millions of BIPOC (Black, Indigenous, and People of Color), it negatively impacts the productivity and profitability of companies across America, and it has been a permanent stain on American history since before the ink was dry on the Declaration of Independence. Being quietly not racist won’t cut it anymore — we have to actively fight against racism in all of its forms by being anti-racist.

With that in mind, best-selling diversity author and anti-racism TEDx speaker Doyin Richards created the Anti-Racism Fight Club™ (ARFC) which aims to end racism in workplaces and communities throughout the globe in a no-nonsense, high-energy, interactive workshop. Wait, what? Why is it called a Fight Club? Don’t worry, no punches will be thrown. Doyin has 16+ years of training and development experience and decades of being an anti-racist Black man which he uses to train people how to fight against racism with their minds.

Are you ready to get into the fight? Let’s go.

Get Comfortable Being Uncomfortable

True behavioral change occurs during uncomfortable moments. Doyin pushes every boundary with his ARFC to foster an awakening and a call to action. In other words, this isn’t a normal PG-rated training experience.

This isn’t a cookie-cutter diversity training used to “check a box.” Doyin works with his clients to assess their needs and create content that is specific to their situations.

Don’t expect the ARFC to simply be an inspirational speech. From corporate policies to new employee onboarding, Doyin works with companies to ensure anti-racism training is baked into everything they do.

Doyin has delivered his ARFC to C-Suite employees, kindergartners, and everyone in between. If you have a passion for becoming an anti-racist at work, at school, and/or raising anti-racist children, Doyin will be able to get results for you.

Racism doesn’t take time off, so neither does Doyin. He has been known to deliver workshops for overseas clients at midnight and makes himself available to answer questions at all times.

Yes, it’s true — you can learn a lot of information, be inspired to take anti-racist actions, and have fun at the same time. The ARFC is recognized by clients as being one of the enjoyable workshops they have ever experienced.

I am so grateful we found Doyin and rolled out the Anti-Racism Fight Club to our organization. It has been absolutely one of the best experiences working with him and my inbox has been flooded with compliments and gratitude from employees around the world. Doyin's charisma along with challenging content truly delivers. He brings an engaging real-talk conversation (even in a remote environment) that will leave a lasting impact on your life and workplace. I look forward to continuing to learn more from Doyin and highly recommend him to anyone or organization.

Andrea R. PalonisPeople Leader | Culture Builder | DEI Advocate
Doyin is incredible! We had him host his Anti-Racism Fight Club for our team and ever since it ended my messages have been flooded with positive feedback from my employees. Doyin takes a subject that many folks find difficult to discuss (racism) and explains it in a way that is clear for anyone to understand. The webinar was both engaging and educational, every single person who attended learned something and left the session armed with skills and talking points to use in their journey to becoming anti-racist. I highly recommend Doyin, his ARFC in particular would be beneficial for anyone. I know he hosts other webinars, and I will definitely be reaching out to use him in the future.

Dara FreedmanOperations Manager at Bark
In the Anti-Racist Fight Club Initiation, Doyin delivered invaluable content and answered so many pressing questions all in the span of 90 minutes. He took the complex, multifaceted issue of racism and explained it clearly, concisely, and with the passion and energy that only he can. This is exactly what so many of us need right now, and I highly recommend it.

Caitlin HawekotteWriter + Coach | Certified MBTI® Practitioner
Where do I begin? I connected with Doyin through his brother Shola (who is also just as phenomenal). We asked Doyin to participate as one of our main speakers for Marvell's Juneteenth event. Doyin went beyond our expectations. What I love about his talk is he is authentic and real. You connect with him no matter what your background. His personal story about mental health and fighting racism resonates with many and he speaks from experience. I felt his passion through and through and if you are looking for speakers to add to your event, I would highly recommend Doyin-you will not regret it! 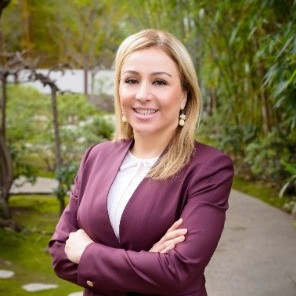 Azi AmirteymooriDirector, Employee Relations at Marvell Technology
Doyin was a keynote speaker at a recent Salesforce.org virtual event. His session was incredibly dynamic - he made it engaging, interactive, and compelling. Doyin’s message provided our audience with tactical steps they could take to be actively anti-racist in their organizations. Following his keynote, we received several points of feedback on how refreshing and direct his presentation was. As an organizer, I was also pleasantly surprised by how engaged & curious Doyin was, to ensure that his keynote would meet the goals and vision for our event - he wanted to design a fantastic keynote, and he delivered. 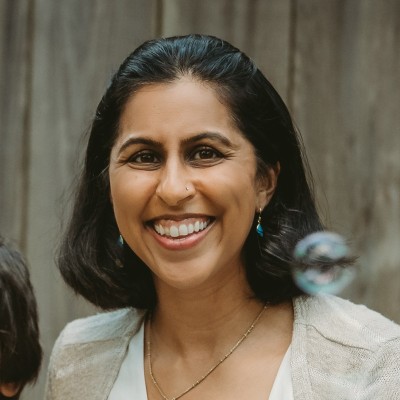 Anika KeswaniDirector, Global Operations & Strategy at Salesforce.org
Doyin recently delivered a talk at our TEDx event. Of the hundreds of TEDx talks I’ve seen, his stands above the rest. I’m confident his work will continue to make a massive impact on how we build more diverse, inclusive, and equitable workplaces and communities. In a year marked by cultural unrest, Doyin’s is a voice the world needs to hear. He is an exceptional, dynamic speaker who brings deep insight and every bit of himself to his engagements—whether he’s consulting a roomful of executives, taking the TEDx stage, or interacting with a group of curious kids. He cuts through the nonsense and is authentic to his core, committed to teaching others what it really means to show up every day as an ally to BIPOC. If you’re looking for lasting change, if you’re ready to get uncomfortable and challenge your biases, if you’re ready to be a better human, let Doyin be your guide. 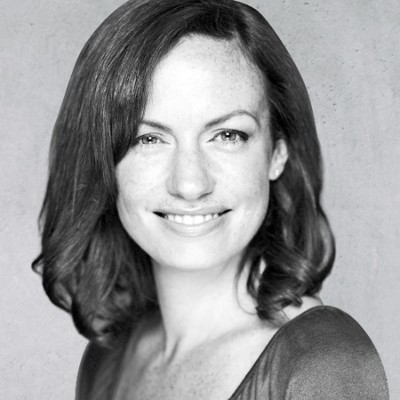 Anique Mautner Marketing Director | Speaker Coach | TEDx
Doyin is such an energetic and inspirational speaker. His anti-racism and mental health keynote at WACUBO 2022 was so powerful and meaningful. His presentation was highly energetic and educational. Doyin is an outstanding professional and I would certainly recommend this exceptional keynote to others. Fantastic work Doyin!

Guadalupe ValenciaVice President Finance/Chief Financial Officer | Texas Tech University Health Sciences, CGFM
We were incredibly fortunate to have Doyin as our Keynote speaker at the University of California, Davis annual ADMAN Conference. As a leader at UC Davis, I highly recommend him if you are looking for a presenter, partner, and leader of anti-racism. I continue to receive positive feedback from conference participants, and I cannot thank him enough for the energy and expertise he brought to our campus. 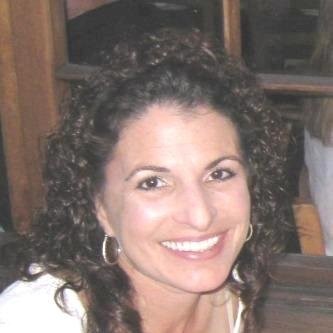 Jennifer RadkeChief Administrative Officer | BFTV Administrative Cluster
Doyin is a master communicator and inspires people to make costly personal decisions in order to be better versions of themselves. His conversation on our podcast, followup with social media, and continued engagement have been a source of inspiration and challenge personally. He approaches his anti-racism work with acceptance of who people are and where they are at, but he doesn't settle for that because people are often not where they want to be (which is why they engage with Doyin). Doyin's influence on me personally has extended past just anti-racism, he's the reason that I've worked out every day this year. That might not seem like much to many people, but anyone that can get me to do that, through a simple year-end-linkedin-post is someone that can move our opinions of ourselves. His quick wit and compelling non-nonsense tell-it-like-it-is message is vital for us to hear and learn from. We expect to engage Doyin in the future because he transforms the lives of those who encounter him.

Tim LockieTech Transformation for Small & Medium Nonprofits: CEO / Speaker| Podcaster | Human Stack | Nonprofit Technologist
Doyin Richards came to our school and spoke to our 4th and 5th grade students. He inspired them to believe in themselves, break through the limits, and never stop believing in their dreams. Not only were his stories interesting and heart felt, but also very sincere and reflective of our students’ reality. Thank you so much for sharing your knowledge, life lessons, tears, smile, and books! The doors to our school and hearts will always be open to you! Doyin's influence on me personally has extended past just anti-racism, he's the reason that I've worked out every day this year. That might not seem like much to many people, but anyone that can get me to do that, through a simple year-end-linkedin-post is someone that can move our opinions of ourselves. His quick wit and compelling non-nonsense tell-it-like-it-is message is vital for us to hear and learn from. We expect to engage Doyin in the future because he transforms the lives of those who encounter him. 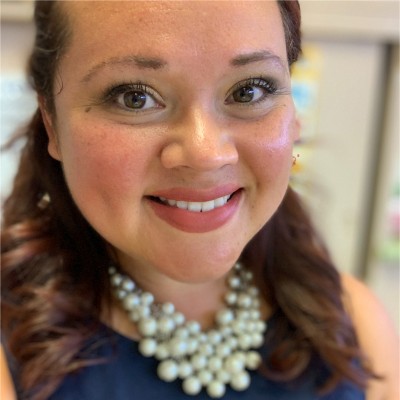 Mariana GodinezPrincipal at Carver Elementary in Compton Unified
It was an absolute pleasure to hear Doyin speak about mental health & wellness through an anti-racist lens as part of the African Ancestry Network's Black History Month celebration. His vulnerability helped to foster deeper connections than a typical hour long session would. He created an engaging and thought-provoking space that was powerful enough to bring you from tears to laughter in moments. We are so thankful to have had the opportunity to share this space with Doyin, and we appreciate his continuing this work despite the adversity that is inherent to being an Anti-racist leader. From all of AAN, thank you Doyin! 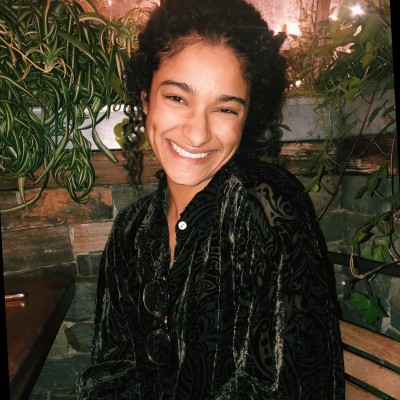 Patreece SpencePublisher at Elsevier
Doyin is the truth! His ability to speak about such important topics as race and mental health while engaging the audience is remarkable. As a DEI facilitator, I respect that I learn something every time I am a part of his workshops. 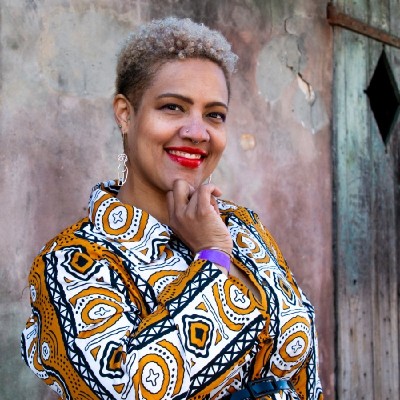 Eliminate Racism. Empower Your Teams. Create Systemic Change in the Workplace and beyond.

Check your inbox and find the email from me.

Click the button in that email to confirm your subscription. 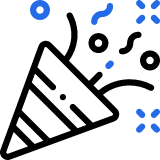 Get all the exclusive content from me in your inbox!

Watch my recent commercial in partnership with LinkedIn.